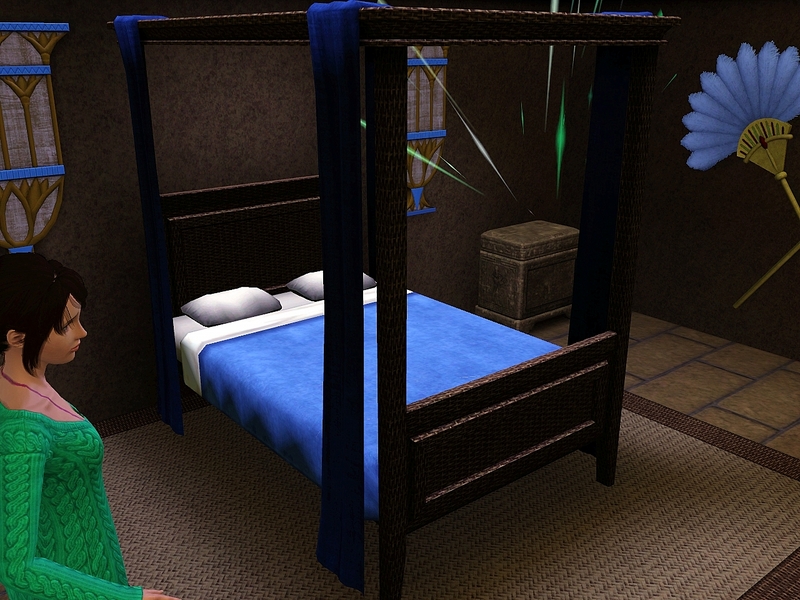 In between drones, Nikki jets off to Egypt. A couple more adventures and then…

Back home, she meets the first of a new set of drones who have been dropped into town.

And rolls this up the second she introduces herself. I think we found our next drone. 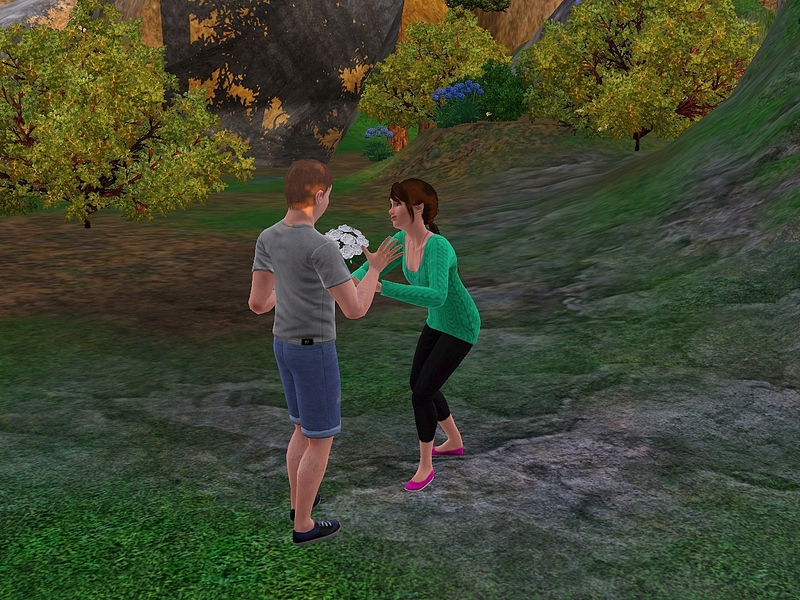 I initiated the first flirt and they just ran off with it. 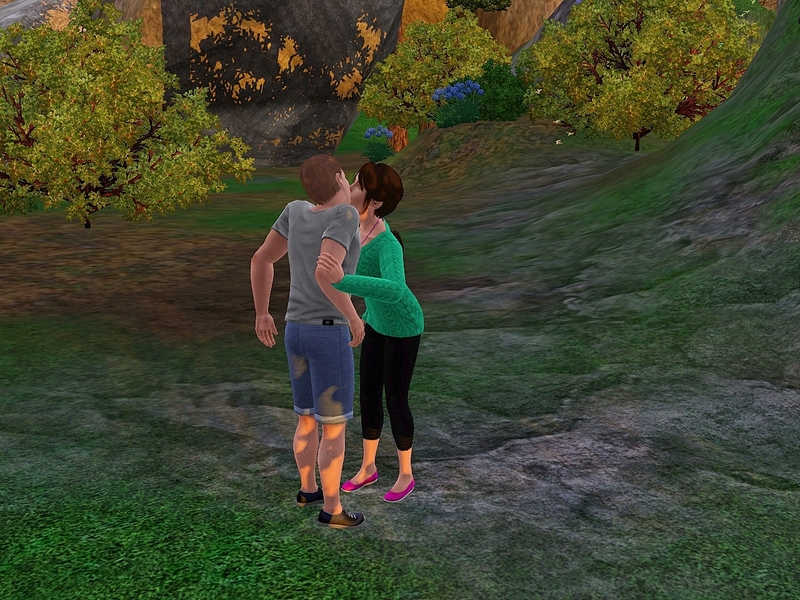 Record from introduction to first kiss.

We fulfilled one before Chris ran off. 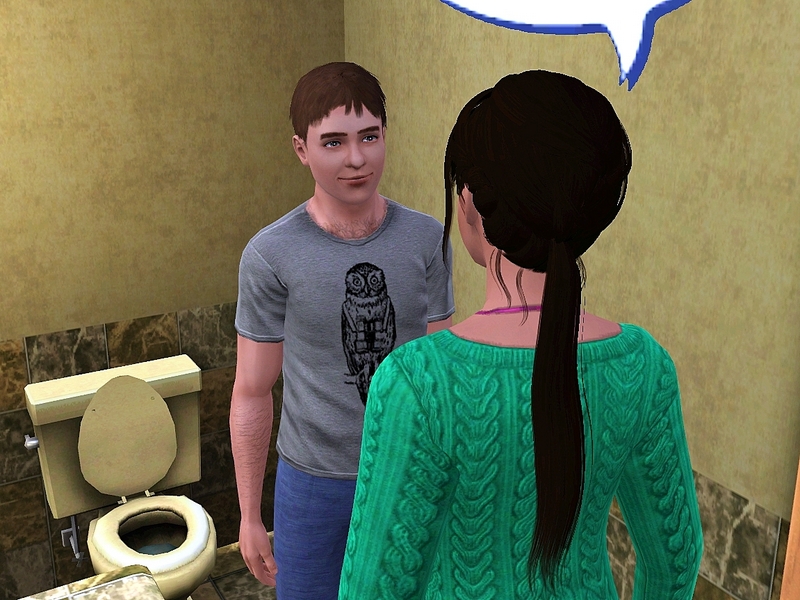 And accosted him in the bathroom to invite him to move in.

While Chris made his way back to the Hive house, Nikki met one of the other occupants of the house; Kate McGregor. She will be our first female drone.

She and Chris settle into domestic life. Chris is a witch, so he has all sorts of alchemy wishes. Thus an alchemy station was purchased.

Eros and Precious had a baby boy. 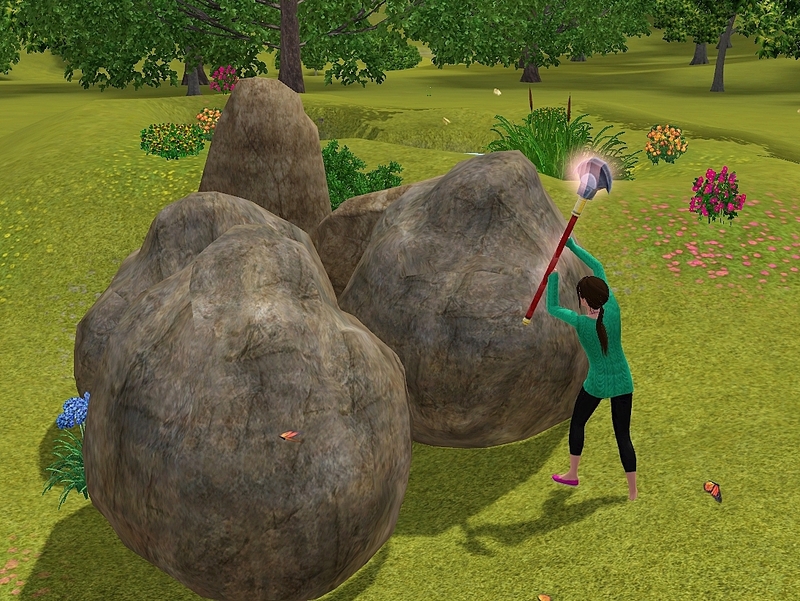 One last trip to France, for Nikki to visit Tuatha’s Garden.

And complete the Great Explorer LTW!

She comes back home and it’s time to get started on the babies! 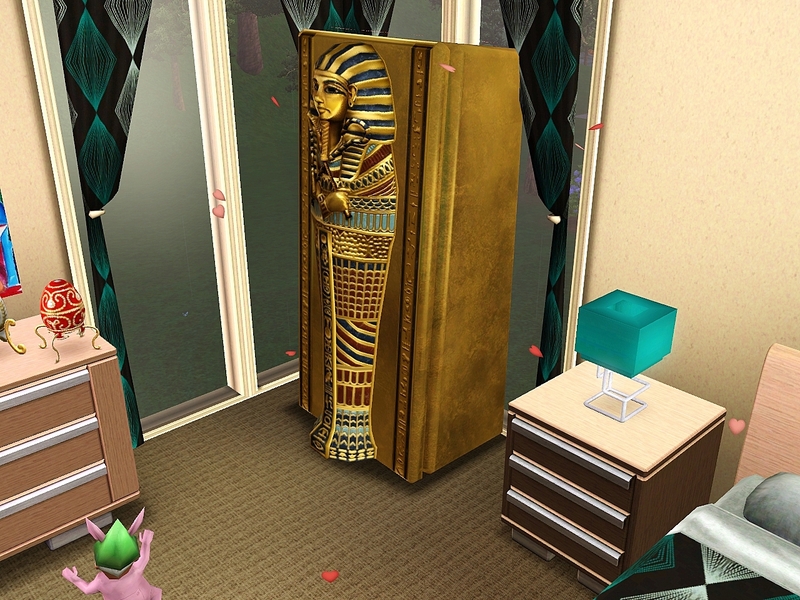 They chose the sarcophagus, because sims are addicted to that thing.

Chris goes right out to the alchemy station when he wakes up. Man, his chest is really hairy. I wonder if the boys will inherit that?

Anika and Fred are engaged!

After work the next day, Nikki plays for tips at the library. 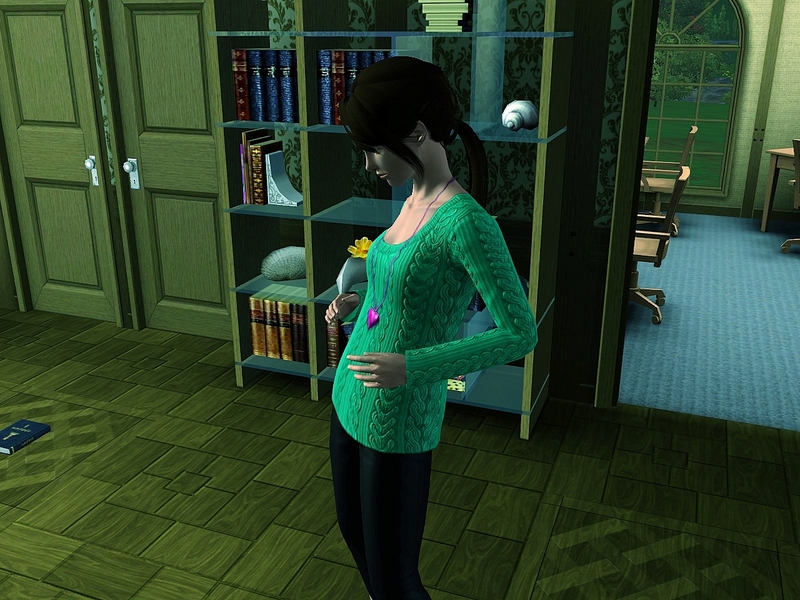 Until the full moon rises and she pops with pregnancy #1.

She maxes out her Artisan skill from all those smelted metals.

And earns a buttload of money from consigning her gems.

Noah found an RI and Anika got married.

Back to painting with kids music.

While Chris plays with magic. He’s trying to level up his spellcasting skill, but it’s so damn slow.

We found the last of the drone options in the library; Robert is an alien, who aso heartfarted with Nikki.

It’s mixed twins; Odette and Sebastian. Chris (Swain) and Nikki’s ship name is Swan, so his children will be named after Swan Lake characters and other swan-related things. 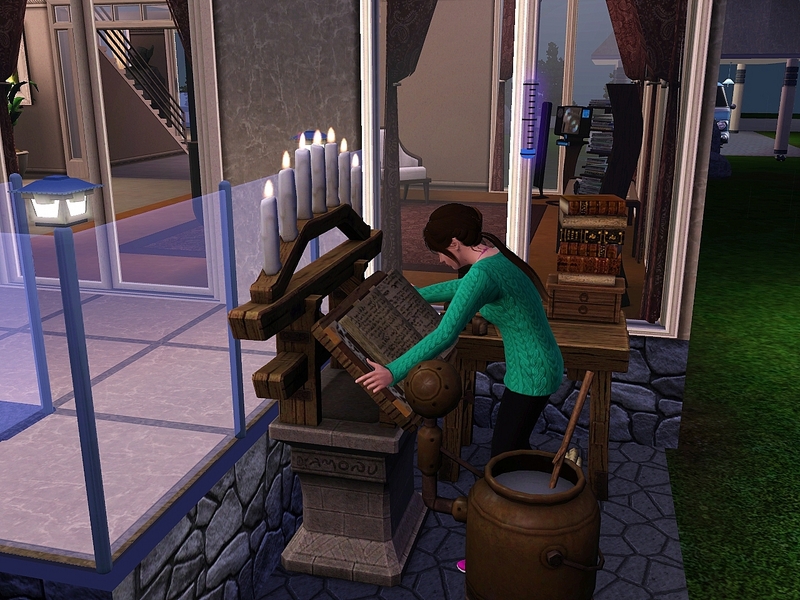 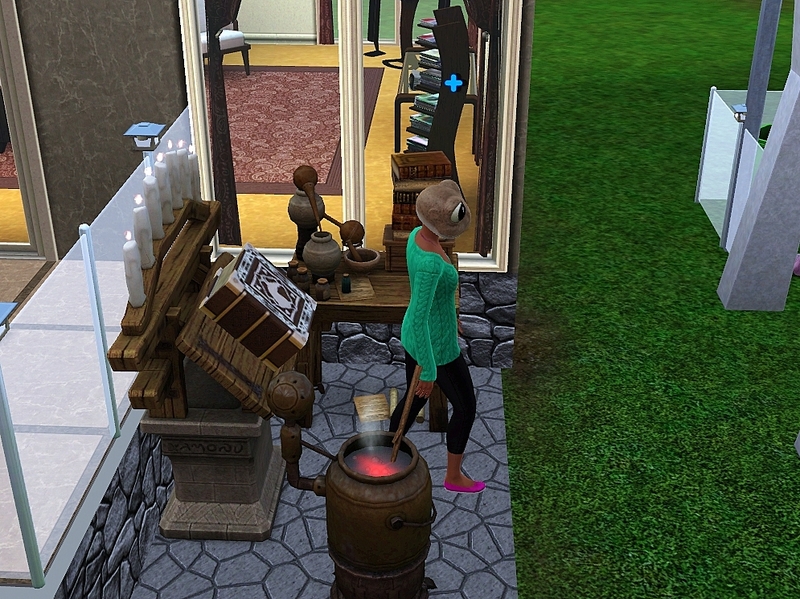 She asked Chris for a frog kiss.

He declined, damn, did not expect that!

Especially when he has so many wishes for her.

Instead, he uses a cure elixir.

And the first of Nikki’s children died, aw.

Just because I like having a display of the things Nikki has collected. 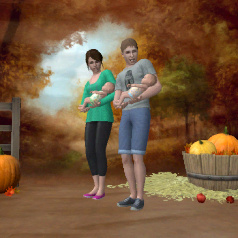 They go bobbing for apples. 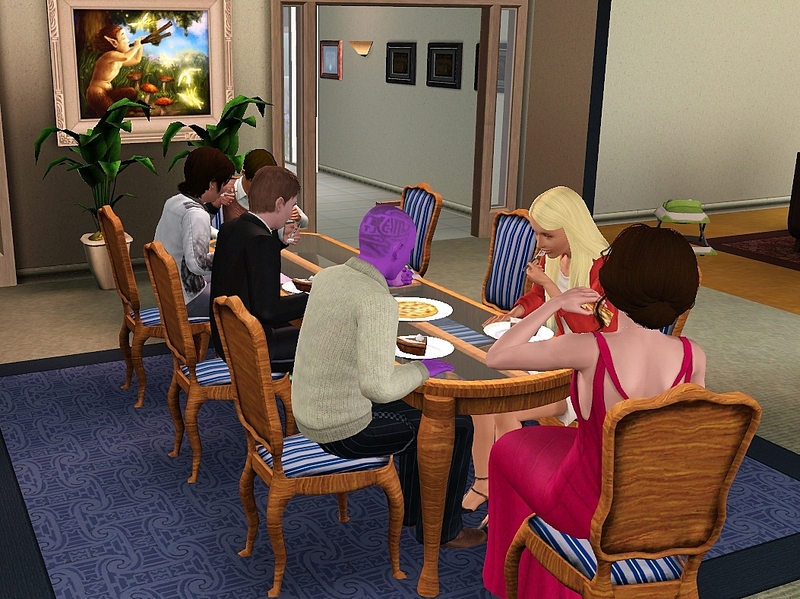 But go home quickly, for Nikki wanted to throw a feast party and I finally gave in.
We invited a bunch of her kids and their spouses, plus Nikki and Chris’ work colleagues. Chris is in the Education career, not sure whether I mentioned that. 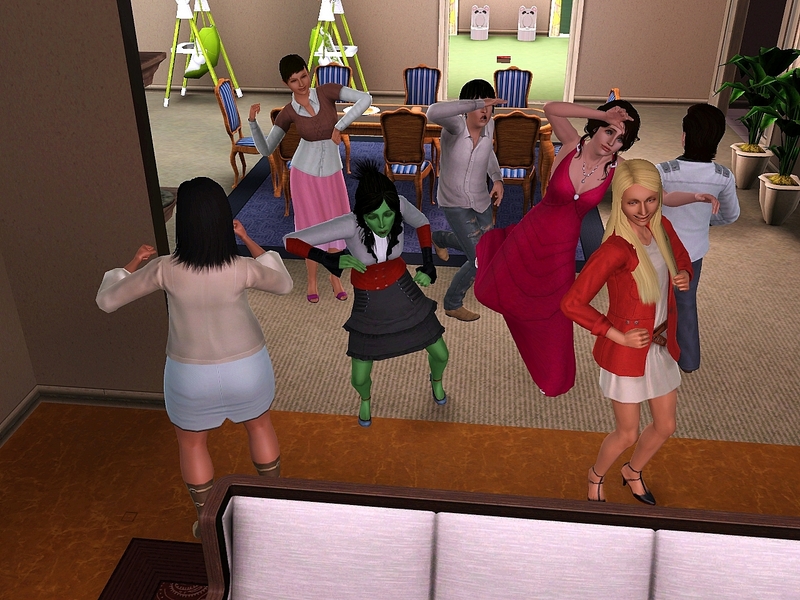 Dancing is a staple at all parties my sims throw. 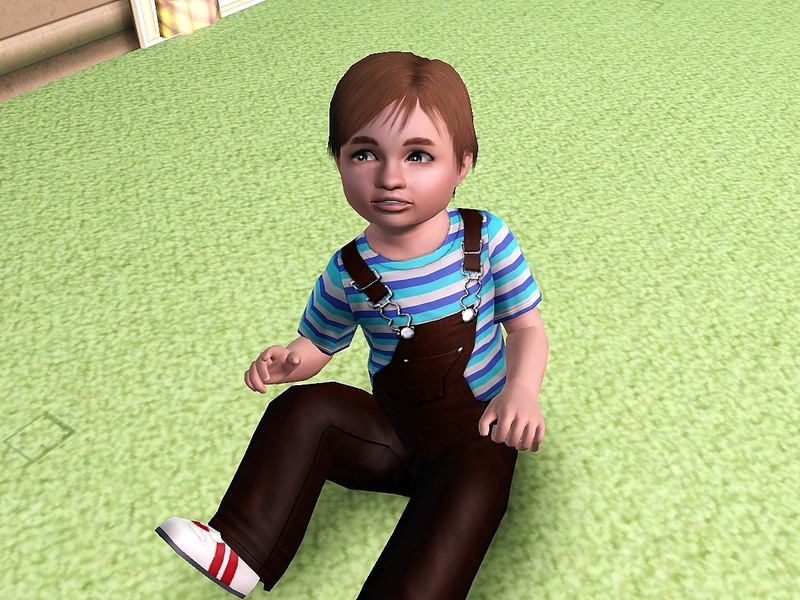 While Odette has all Nikki’s colouring. Though I’m pretty sure that’s Chris’ mouth. She’s Athletic and Perceptive and likes White.

Nikki maxed out her guitar skill.

And promptly completed two LTWs related to it.

Also Living in the Lap of Luxury, because we have oodles of money.

Toddler training begins. In formal wear because it’s the night after the party and they haven’t gotten changed yet.

Eros and Precious are pregnant again. 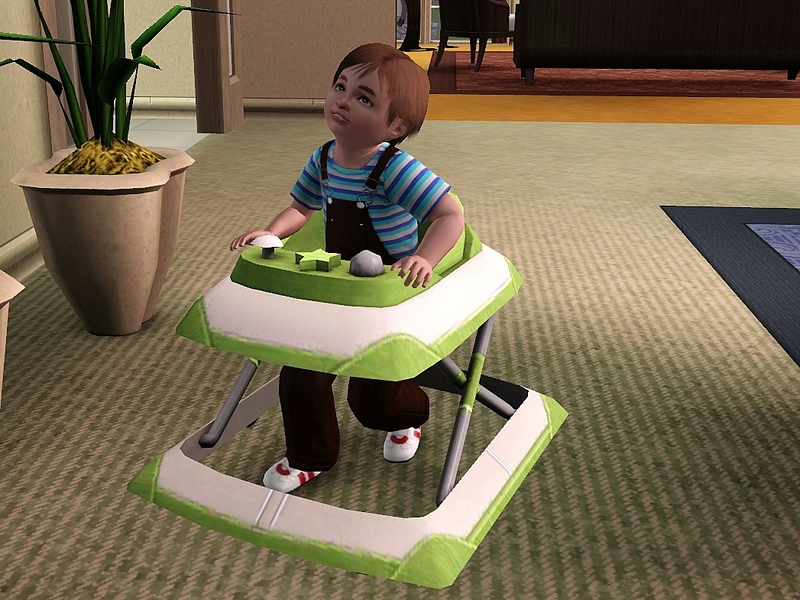 The next morning, when the parents go off to work, the toddlers are set to work on their skills by themselves. 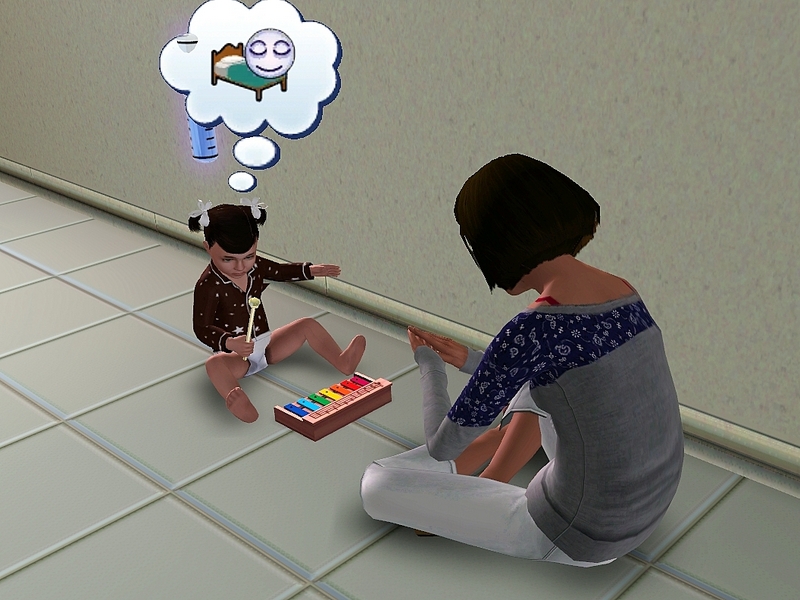 The babysitter helps Odette until both toddlers are tired out. 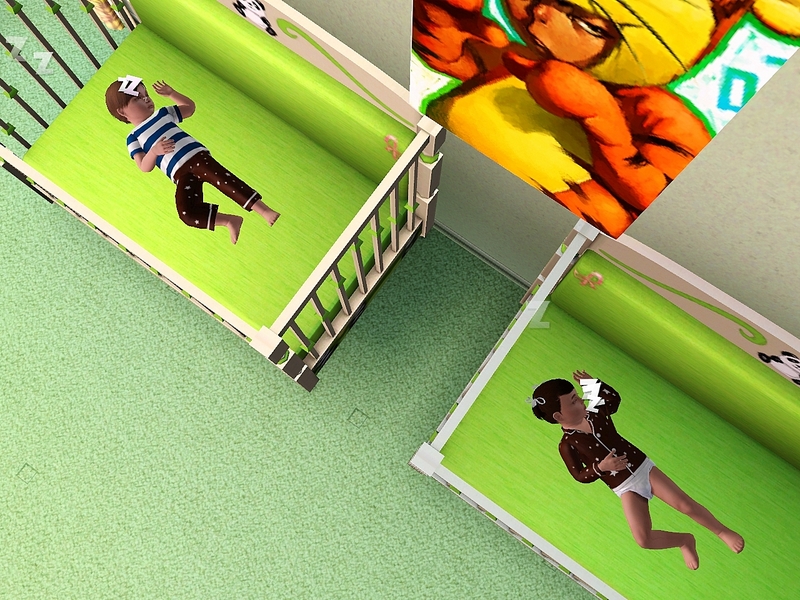 Just a shot of their cute PJs; Sebastian’s bottoms and Odette’s top are a set.

While Eros and Precious had a baby girl. 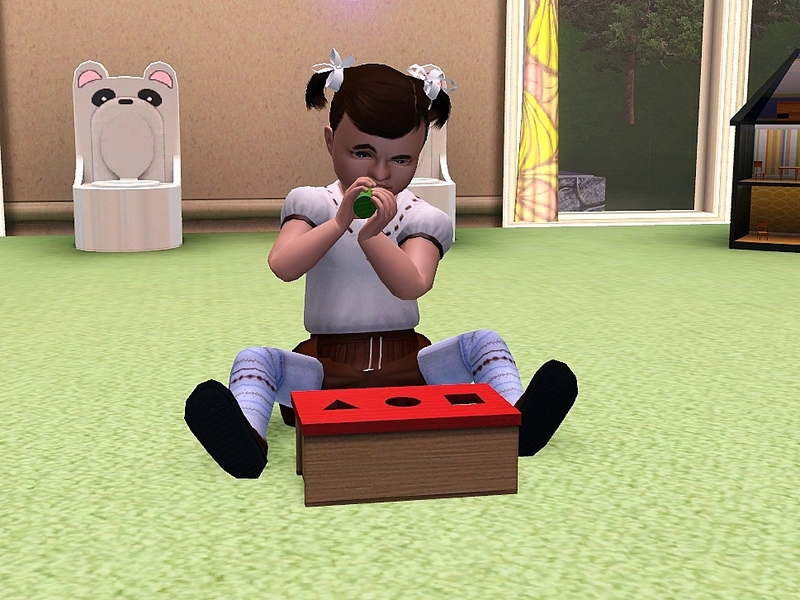 Then she pops with pregnancy #2. 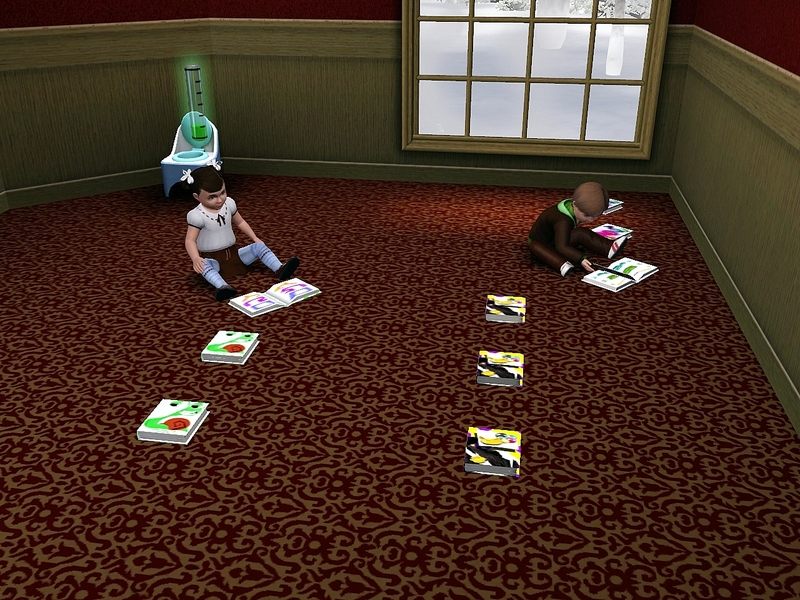 The twins read their books.

When they get home, it’s time for more babies.