Previous, Nikki picked Chris as her fourth drone, and they had mixed twins after jetting around the world a bit.

We begin with another promotion for Nikki. I believe this is L8. 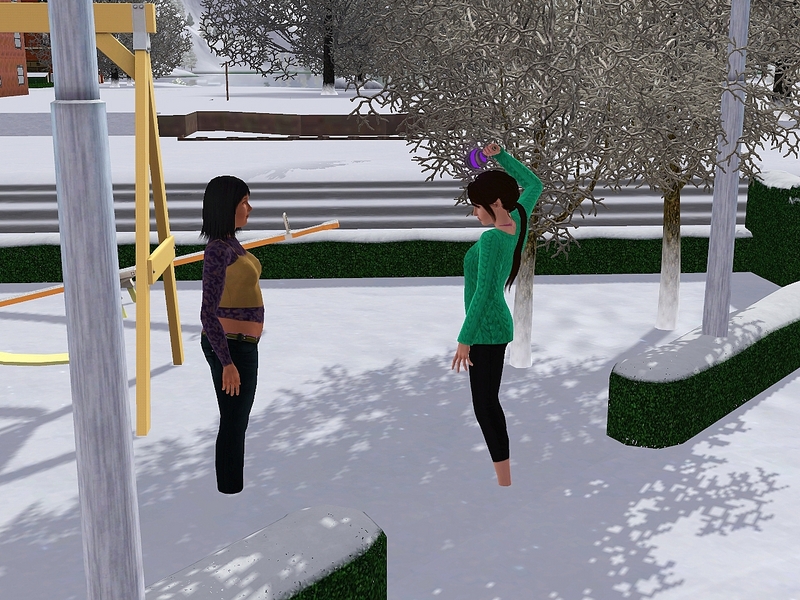 Chris is on baby duty at home, as all good drones are.

Chaos got some random girl pregnant… I’m pretty sure that’s not his girlfriend. Assuming he’s still with her.

Eros and Precious are pregnant again. I think this is the third one?

Selene is now pregnant to Glenn… who is apparently bi, not gay.

And Anika had a baby boy named Elvis. 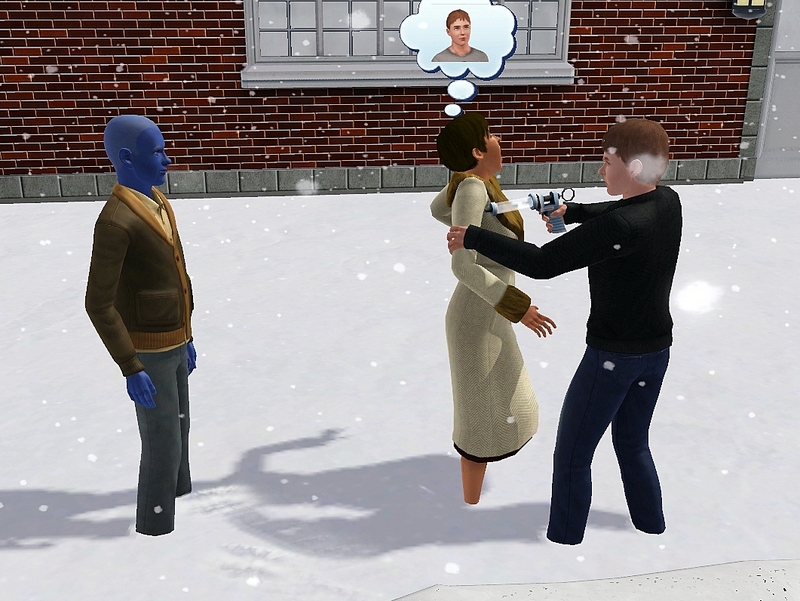 Huh, I was wrong. Chris is a doctor, not a teacher. He’s doing a vaccination session. 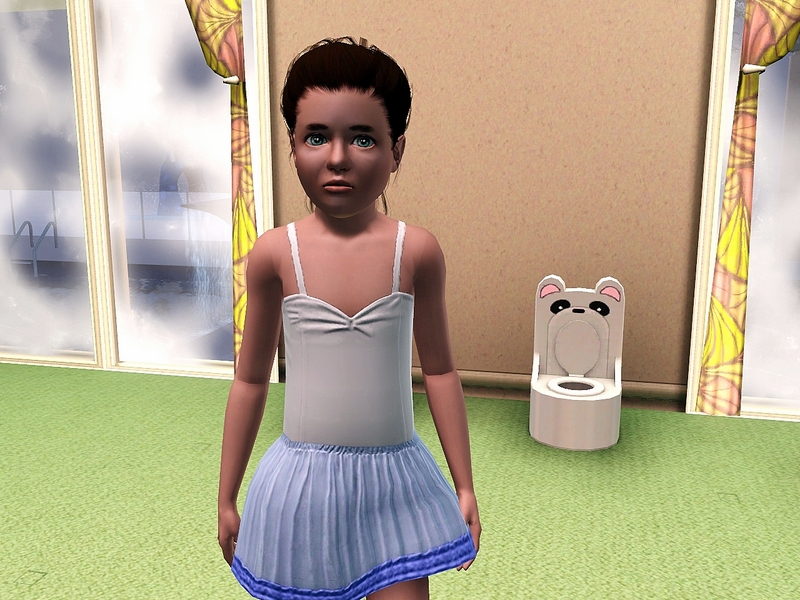 Birthday time! Odette is going to be a ballerina, because Swan Lake. She’s now Lucky. 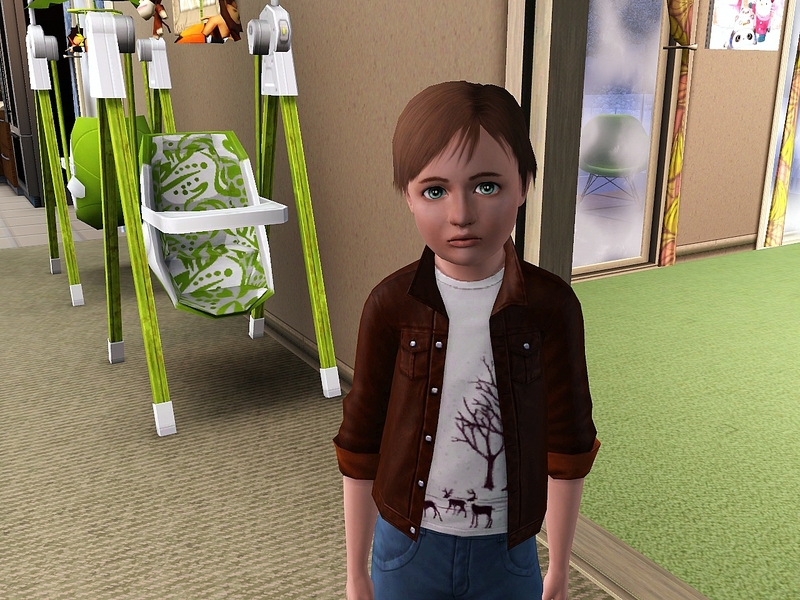 I love the ballet bar animations.

The babies aged up as well. Scott has all Chris’ colouring, and apparently Chris’ skintone has a weird colour on his bottom lip. He’s a Genius who Loves the Heat and Red. 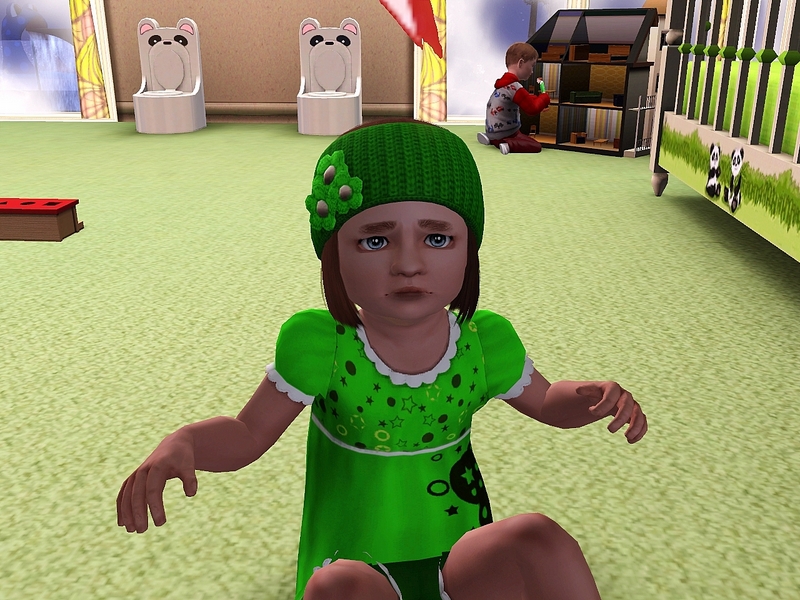 Sydney has the same colouring as Scott and Chris. She’s an Artistic Light Sleeper who likes Lime. 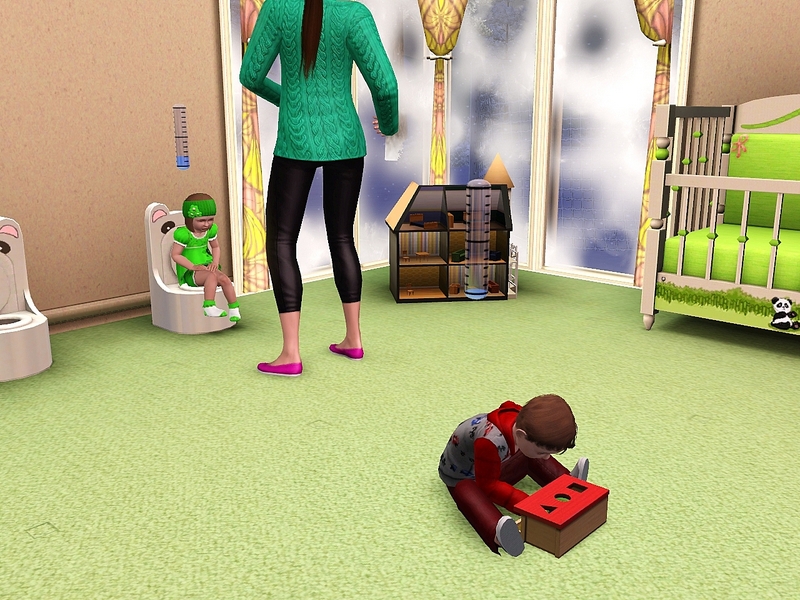 And more pregnancies. I might have to sterilise some of Nikki’s kids if this keeps up. The whole town will be full of Caetano relatives. 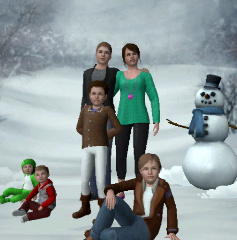 Chris’ second greeting card. I have to remember to force Nikki into her winter gear one of these days. Since she has the Immune to Cold LTR, she never changes into it herself.

Odette got her face painted. 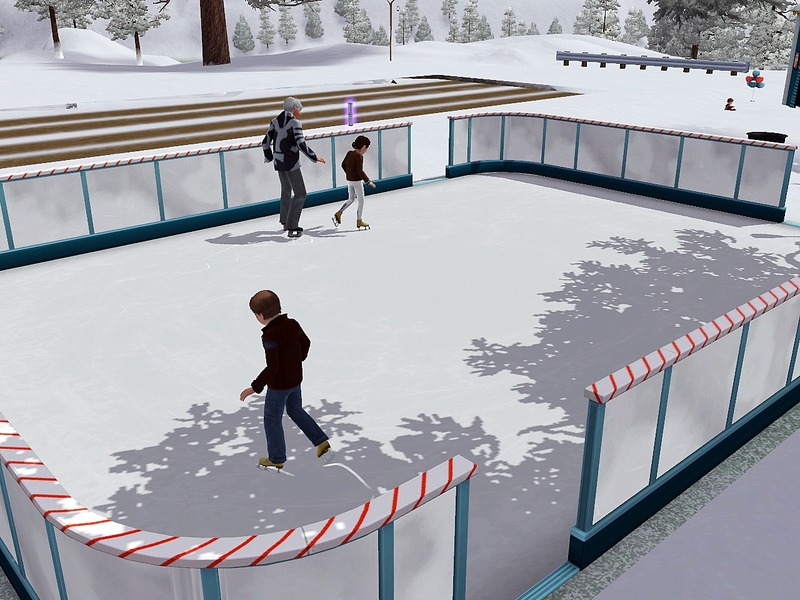 Then she and Sebastian skated. 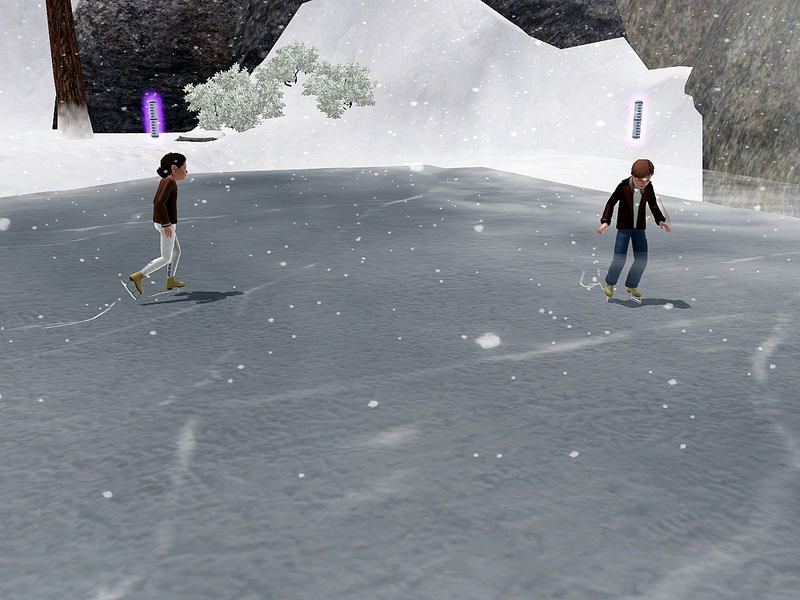 The twins both had wishes to skate on a pond with the other, so here we go.

Just a single baby boy; this is Adam. He’s Disciplined and Loves the Outdoors and Irish Green. 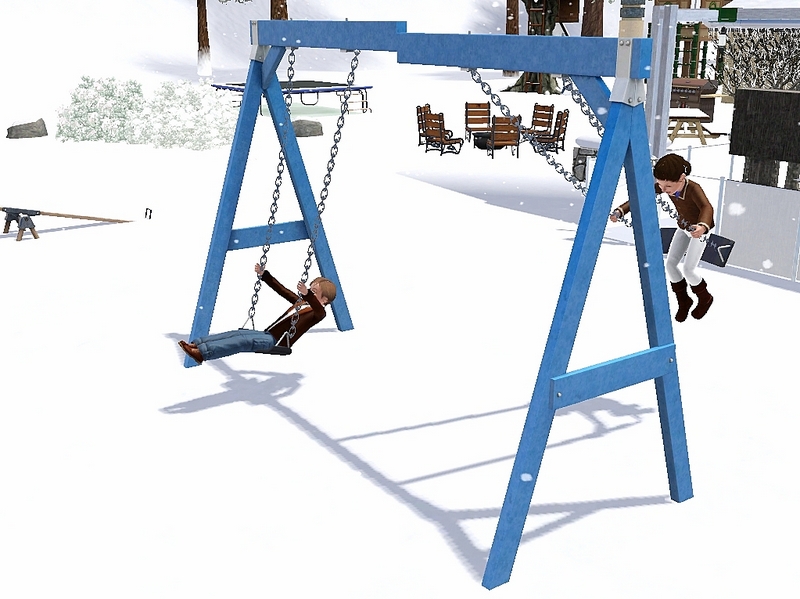 The twins play on the swings. 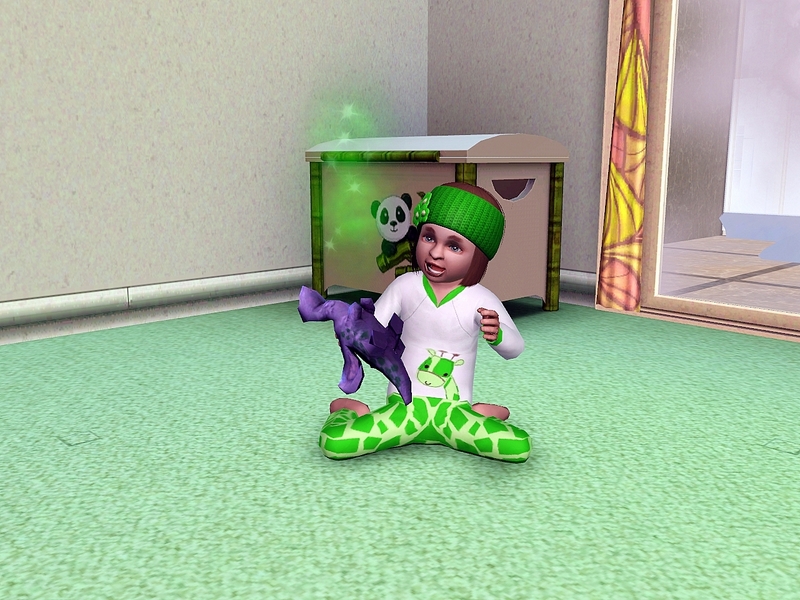 Sydney is a witch! This animation is so adorable.

Nikki and Chris have a snowball fight with their eldest kids.

Chaos is engaged… to a girl I haven’t seen any popups about. Seems he takes after his father with the many loves.

Anika and Selene both had baby girls.

Odette has somehow maxed out her dancing skill… how? Glitched game is glitched.

Seb is adorable as a scout.

I think this is the first time we’ve had the next child a toddler before the previous ones aged up.

The Loves the Outdoors trait is strong with this one, he’s so rarely inside. Even sleeps in the treehouse if I don’t instruct him to go to bed.

I didn’t catch the opportunity, but Nikki is planting our new omni plants.

The younger twins aged up. Scott’s new trait is Bookworm. Between that and the Genius trait, I thought glasses were appropriate for him. 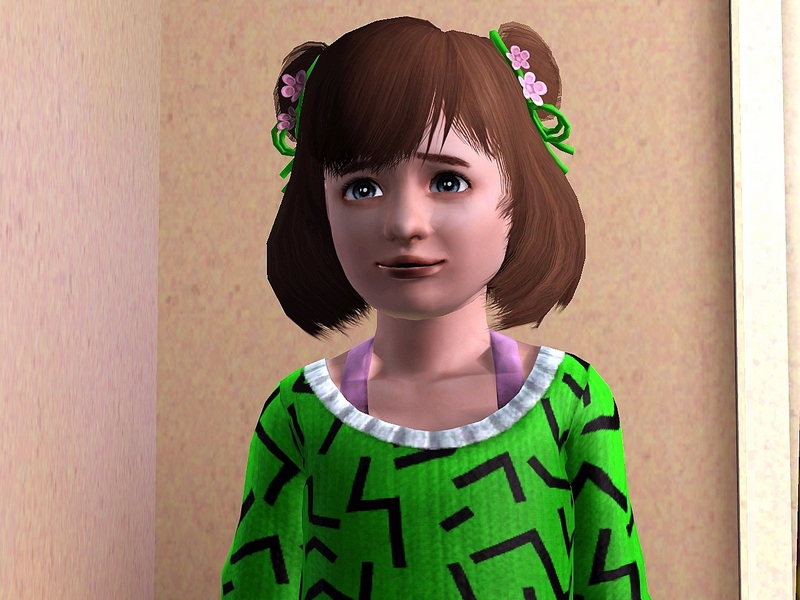 Wait… wasn’t Gillian Petridge engaged to Chaos? Now she’s having a baby with his twin brother?

Aw, these two were so cute. And they have three kids together.

Nikki teaches Adam to walk, since she wished so.

She then earned her final promotion to top the political career.
But she hasn’t completed the LTW just yet; first we have one last elixir to throw.

Pause for the last pregnancy pop with Chris.

And she throws the last elixir at him. 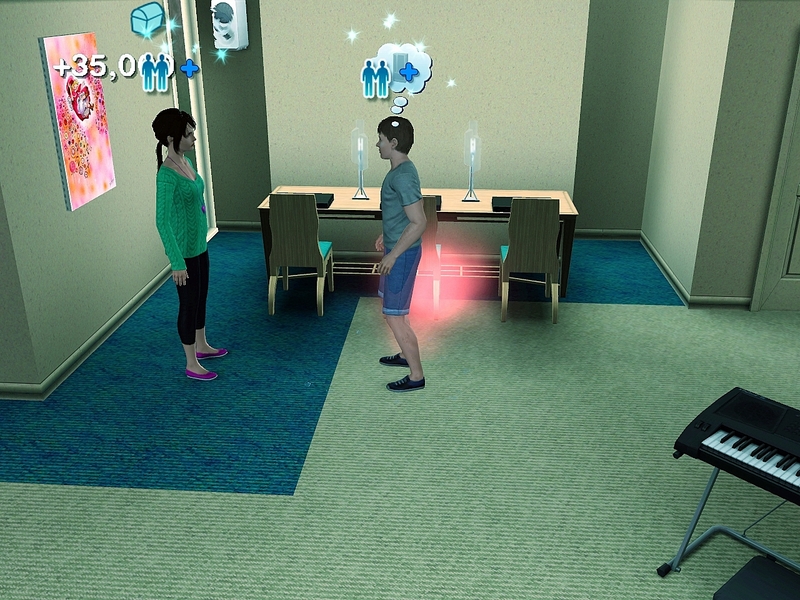 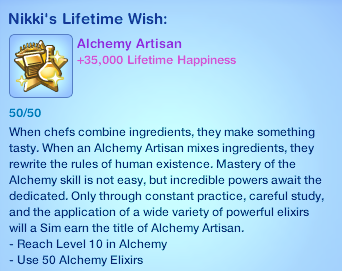 As is Leader of the Free World.

Next up, she’s taking on the Perfect Garden. Shouldn’t take too long; there are a bunch more perfect plants growing right now.

Adam does his books.

While Chris does a vaccination clinic. 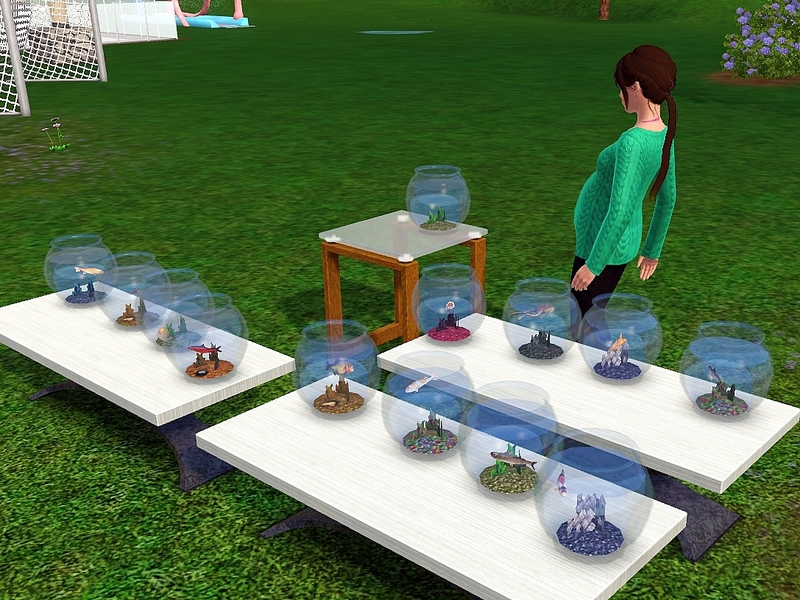 Next up, perfect private aquarium.

Progress on the Bottomless Nectar Cellar. 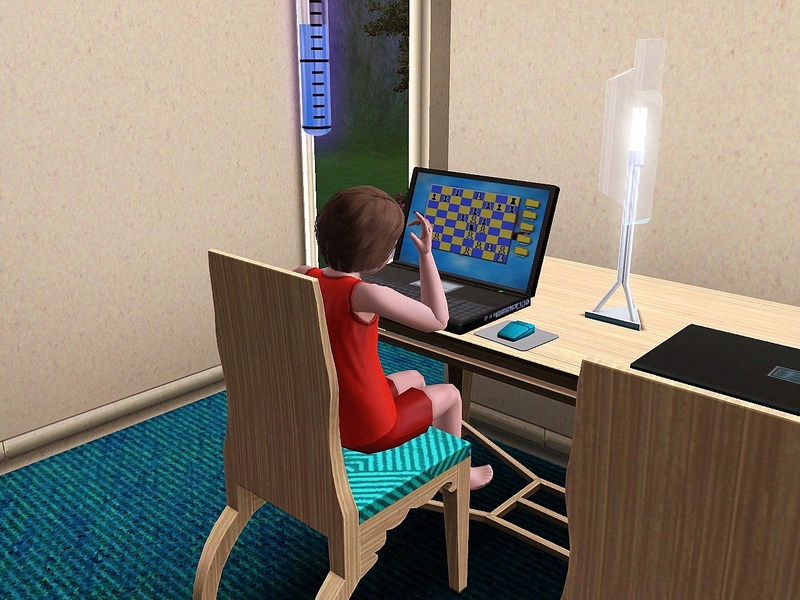 Scott chose to play chess on the computer.

Another baby boy. His name is Odile. In Swan Lake it’s a female character, but the name works for a boy as well. He’s a Neurotic Loner who likes Hot Pink.

And she’s back to squishing grapes. 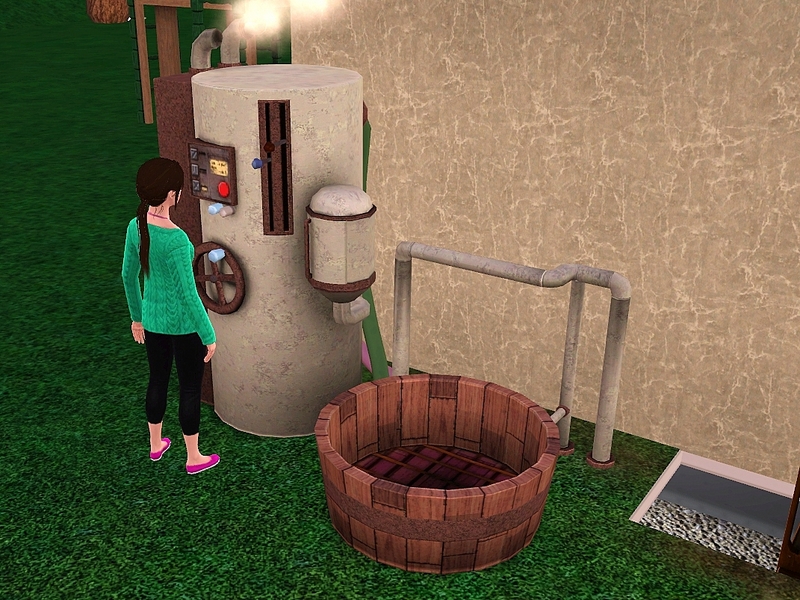 Time for another career, this time a self-employed one.

Adult Ares has a baby boy.

While Eros has impregnated another woman. 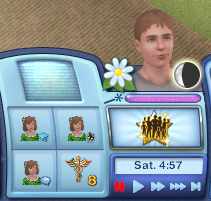 I think Chris has a favourite child… 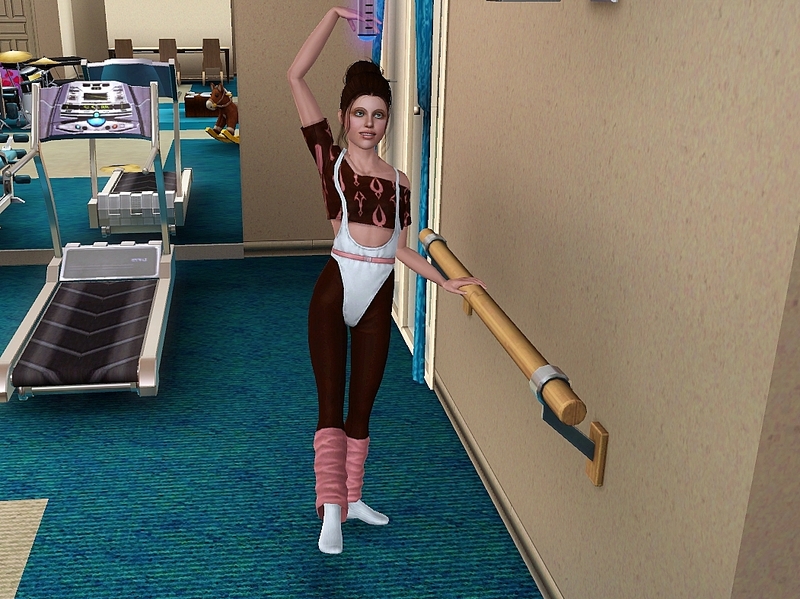 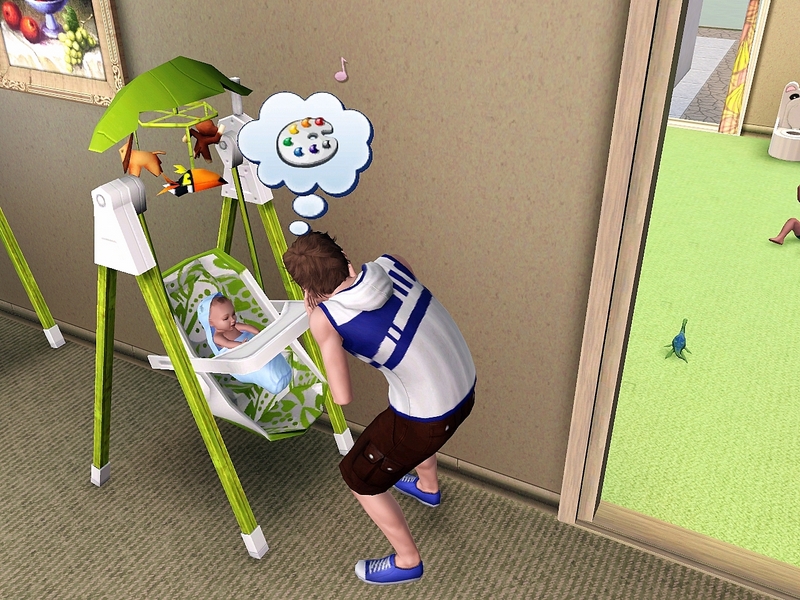 Not very evil, this one… 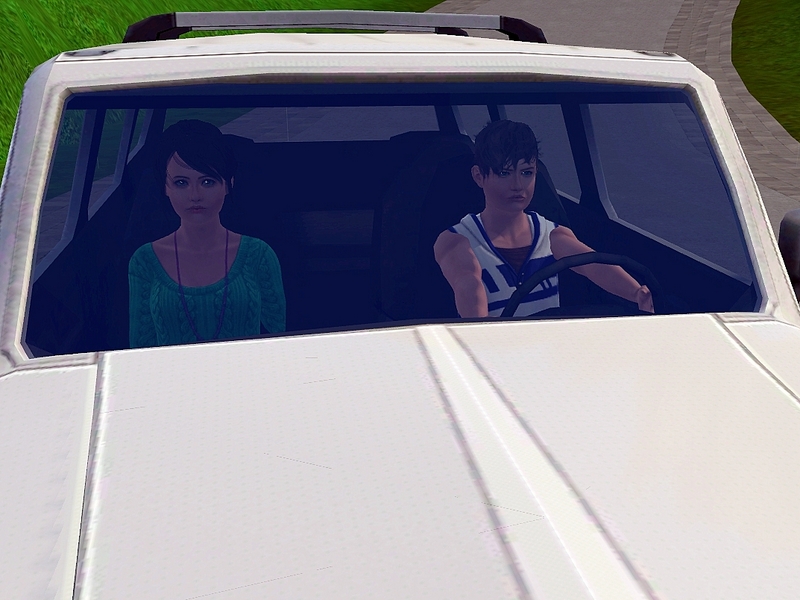 Nikki wished to teach Seb to drive, so sure.

Maybe that’s why Precious broke up with Eros, she wanted to date women?

The eldest two play chess together.

And pushes her to L10 of the career. That was easy. 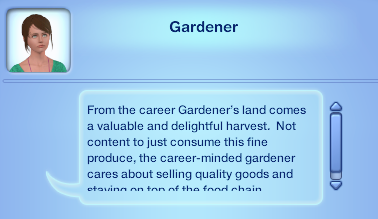 Kids are socialising with… people whose names I didn’t write down, lol.