OMG, I just realised that I neglected to post chapter 3 of drone 8! So here we go:

But I soon put her to work teaching Miley potty, while Nikki does the same with Shawn.

Joe is teaching himself to walk.

Since her mothers are so busy with the triplets, Ariana is left to her own devices. Good thing she can amuse herself.

Miley learns to walk, while Shawn learns to talk (and Joe sleeps behind them).

Nikki is now working on her Social Networking skill and has started a blog.

With all of two followers.

Ari went over to some random’s house, where they do homework.

Nikki got a promotion to Hit Movie Composer, topping the career and completing the LTW in one.

She then switches to a self-employed Writer, so she can stay at home with the triplets.

Meanwhile, Zoe got another promotion.

Fulfilling Nikki’s wish to woohoo in an igloo.

Lol, I love the moodlets sometimes. We’re looking for these in particular, to help with the blogging.

Addison had a baby boy!

It didn’t take long for Nikki to get her first promotion. 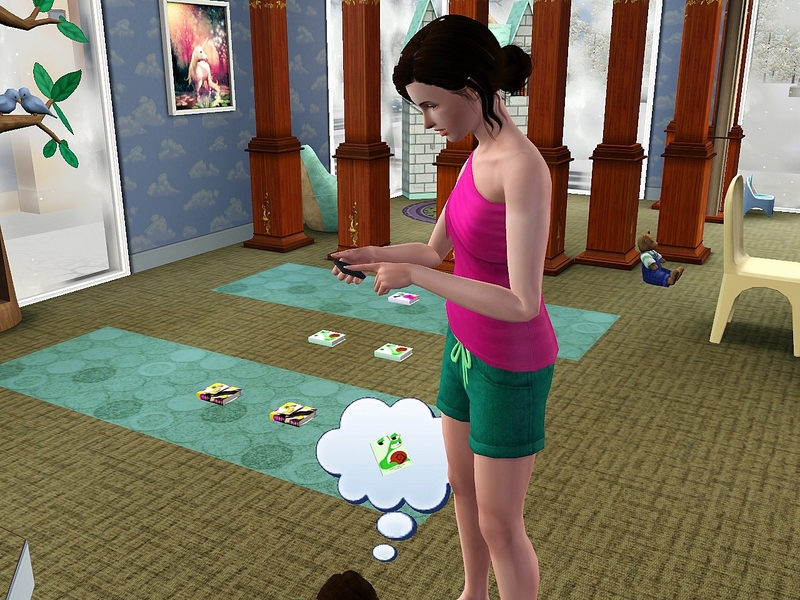 And of course, then she has to blog about it.

She’s writing at the library while Miley and Joe do their TSAL. With only 2 adults and 3 toddlers, we had to do some relaying.

Zoe maxed out her guitar skill while waiting at home for Shawn to wake up.

Taylor has another RI. 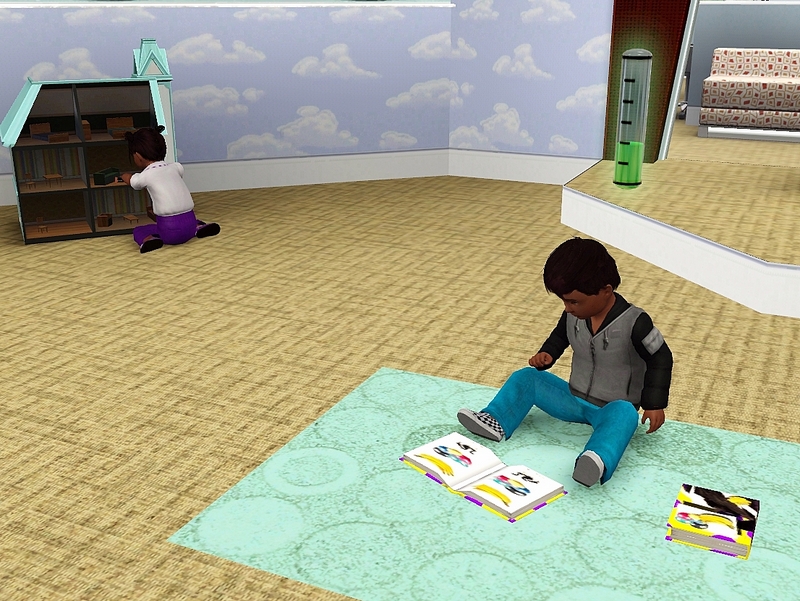 Now it’s Shawn’s turn for his TSAL, while Zoe begins ferrying the others home.

Addison is pregnant again. None of Bomber’s other kids have had any yet.

Some making out after a good night’s sleep.

Zoe got distracted watching the babies.

But Nikki gets her back on track. Now that the triplets are fully skilled up, it’s time for a nooboo. 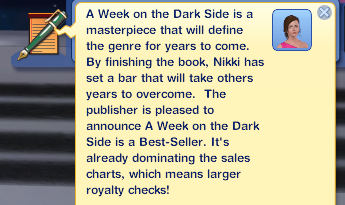 Nikki writes her first masterpiece. And earns another promotion.

Proof that Zoe is an IF. 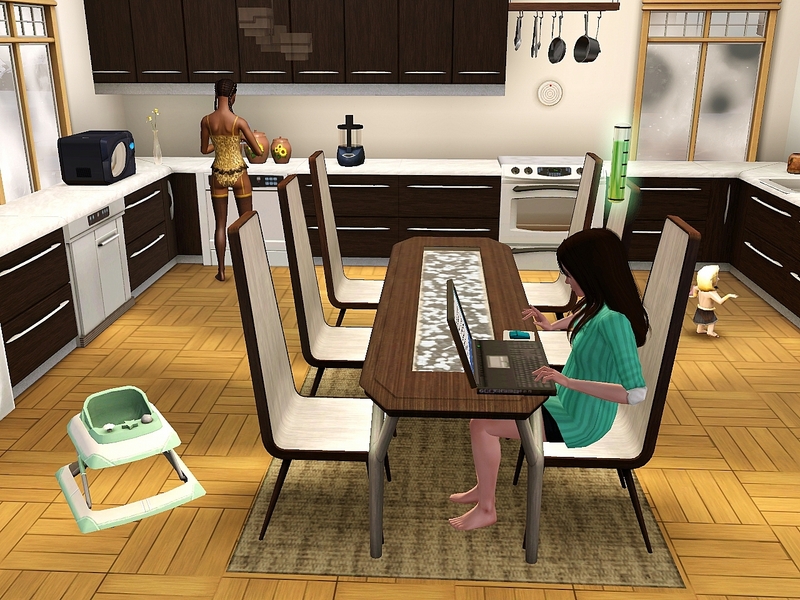 Nikki had to migrate to the kitchen to write, so she’s closer when the triplets need something.

Zoe maxed out her charisma skill.

Once again, Zoe gets distracted with non-productive things.

So I put her back to work.

Ari, however, is free to play as she likes – that’s the freedom of childhood.

Speaking of, the triplets are now children! Joe’s new trait is Genius.

And Miley’s is Dramatic. Is it me, or do Miley’s eyes look more pale than the others? I don’t think she has Nikki’s exact colour, it looks paler.

Miley’s first act as a child is to set a prank on the downstairs sink.

The kids are set to skilling. 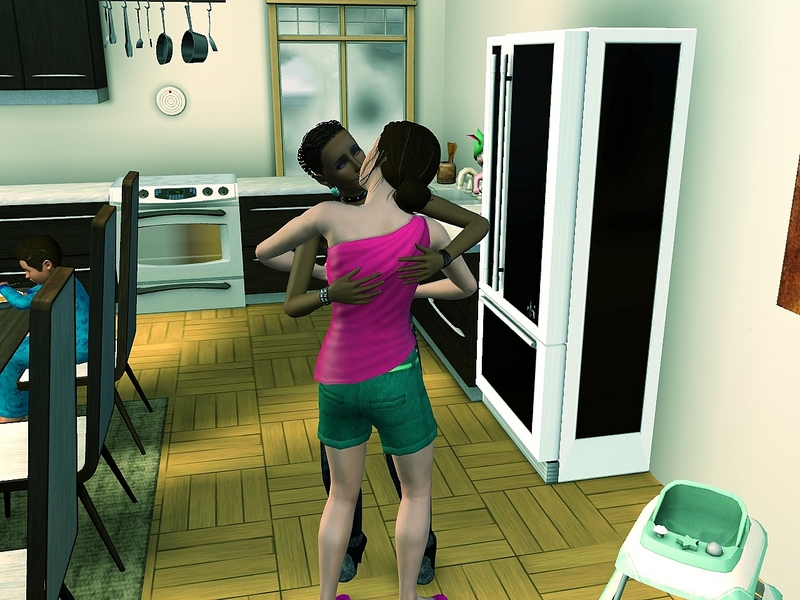 Because their mothers are distracted.

Addison had another baby boy.

We’ve come so far from the last greeting card.

The kids have a snowball fight.

And Zoe tries out snowboarding.

That evening, Ariana ages up to teen. Her new trait is Angler, so she gets an outdoorsy makeover.
She’s mostly Nikki, with Zoe’s face shape and hair colour.

The next day is Sunday. Ari is up early making snowmen. 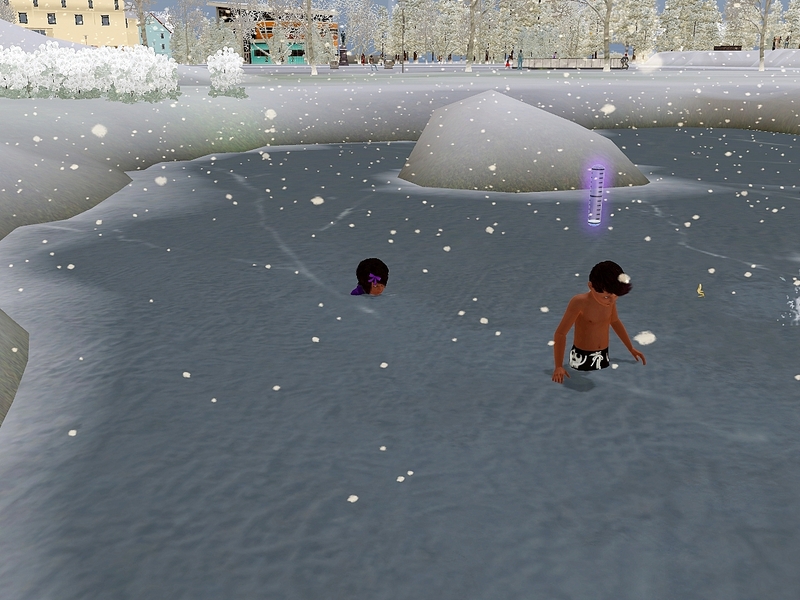 Miley and Shawn wanted to go ice skating… apparently underneath the surface of the frozen lake? And Shawn, why are you in your swimsuit? 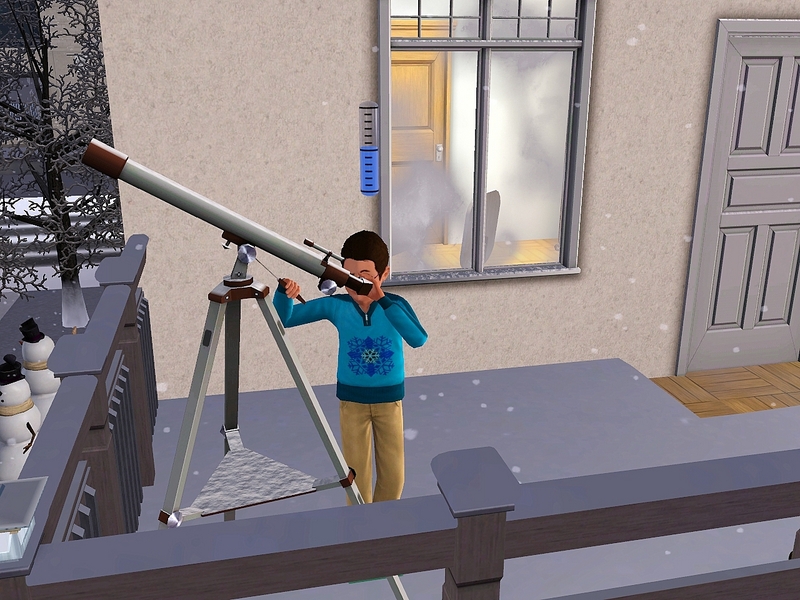 Joe wisely stayed home to play with the telescope.

Yes, Ari has been building a snowman army all day. Miley helps when she’s done skating.

The next day is a snow day, so the kids skill inside.

But she doesn’t want to woohoo, aw.

So instead, Nikki goes back to her work, and earns another promotion. 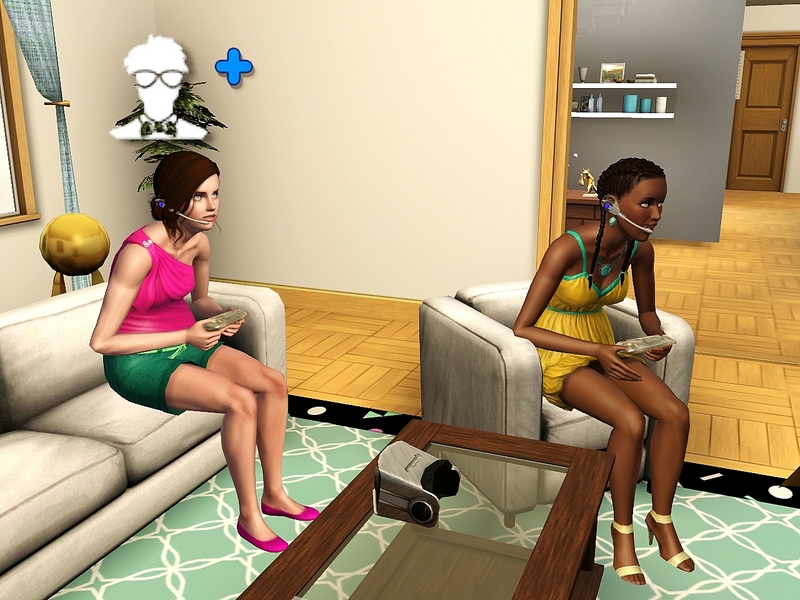 Nikki and Zoe are working on their nerd influence by gaming together.

And then I left the game open while doing something else, completely missed Nikki going into labour and Zoe taking her to the hospital. It’s another girl! This is Rhianna, she’s Artistic and Eccentric and likes Red.

This is Wilbur Vanillabeam; Ari has a wish to befriend him. 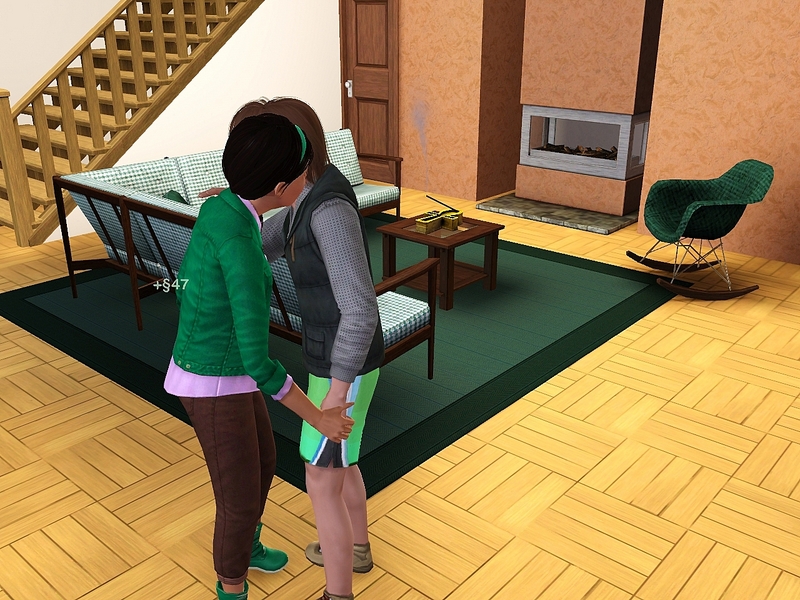 And asking to prom.

Nikki topped out the writer career.

And Zoe got another promotion.

They were flirting when the notification came in.

So, of course, Nikki has to stop to blog about the promotion.

Chapter 4 was accidentally posted before this one, so click here to read it next.